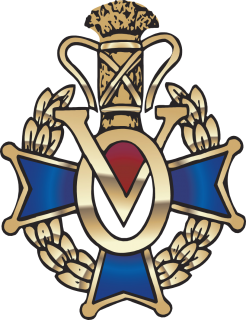 About Vasa Order of America

The Vasa Order of America began more than a century ago as a benefit fraternal society for Swedish immigrants to the United States. Membership at the time was limited to Swedish born men who through the Vasa Order met others who needed to learn the new language and ways of the new country. A benefit fund provided a small income to members during sickness, and a death benefit at the time would cover final expenses. The Order is named for Gustav Vasa, who liberated the country in the 16th century and became the first King of modern Sweden. The name of Vasa reflects the Order's roots as a Swedish American Fraternal Organization.

Over the past century, many things have changed, and the Vasa Order has grown to meet the new needs of the Scandinavian American community. Where in the past, members looked to Vasa to help them learn the ways of the new country and provide them a means to share problems and solutions with their countrymen, today Vasa provides members a means to share their rich heritage with fellow Americans, and helps them to learn or remember the meaningful ways and values of the "Old Country."

Swedish in origin, the Vasa Order welcomes men and women over 14 years of age of Scandinavian roots, (Swedish, Norwegian, Danish, Finnish or Icelandic,) and their spouses who would like to rediscover the traditions of their forefathers; and those who are not of Nordic ancestry but are committed to the promotion and advancement of Swedish and Nordic heritage and culture. We do this by encouraging the observance of special dates old and new, such as Midsummer, Leif Ericksson Day, etc. with proper festivities including Smorgasbord and Scandinavian music. While much of our activity occurs during the summer season, in mid-December it is hard to find a Vasa Lodge where Luciafest is not observed.

Many lodges and districts sponsor Language classes as well as Children's clubs in which Folk Dances are learned and performed in authentic costume. Whenever we can, we take part in programs where our rich heritage may be shared with the public.

There are more than one hundred and fifty local lodges in the Vasa Order, governed by 18 District lodges in the United States, Sweden and Canada. The most popular monthly meeting nights are Friday and Wednesday. While you may apply for membership to any of our lodges, if you were to join the closest one to your home you would find it easier to participate in meetings and activities.